An Interview with: A Vegan MUA 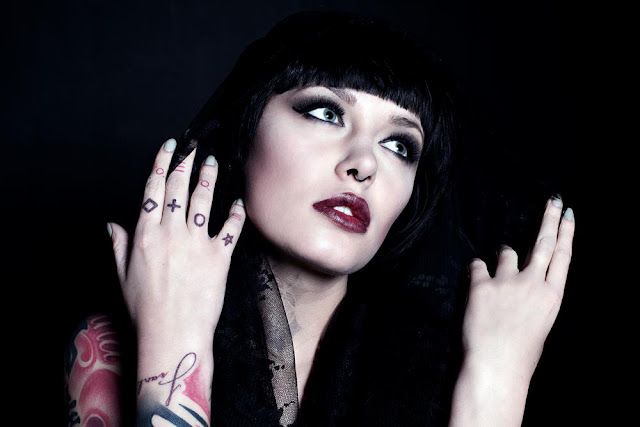 Samantha Tansey is a cruelty-free and vegan makeup artist who has been working in the Film and Television industry for 10 years, firstly starting out in Production where she worked in London on a variety of Feature films and Television series, having to juggle crews, work out logistics, problem solve and manage budgets. However, after years of this environment Samantha wanted to pursue her passion for Makeup and Special FX and work in the creative side of the industry.

If you're looking into becoming cruelty-free and want to find out more information then this is the place for you. Enjoy!

When did you first become an MUA? Have you always been cruelty-free within your work? If not, what made you switch? Was it hard to switch? 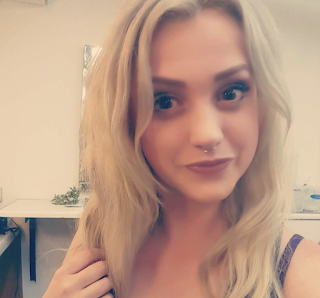 I first became a makeup artist in 2012, I always thought I did my best to be cruelty-free however, I had no idea that so many companies sold in China which meant they weren’t cruelty-free because it is enforced to test on animals over in China. I went Vegan 2 years ago (For ethical reasons) so I did a lot more hard core research into making sure my professional and personal makeup kit was cruelty-free and vegan. Websites like cruelty-free kitty etc: make finding brands a lot easier, plus of course Vegan is a big buzz word and I've noticed a huge rise over the year to cruelty-free and vegan cosmetic lines. So I wouldn’t necessarily say it was that hard to switch in all honest, a lot of my favourite brands were cruelty-free and vegan which was a relief.


Do you have many clients that book you specifically because you're cruelty-free?

I actually got offered a Vivienne Westwood campaign because I only used ethical brands, however, sadly I wasn’t available on the day of the shoot. However, because I work in mainly film and television I haven’t really been booked specifically for this reason. However, I always speak about the products I use as many people like looking at my products on a shoot because let's face it who doesn’t look looking at lovely pretty products and colours.


Do you ever talk to your clients about going cruelty-free during or after doing their makeup? 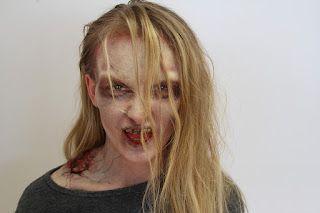 It definitely tends to come into the conversation as many in my makeup chair ask my advice for skin care and/or cosmetics, so I then talk about how I stick to only CF and Vegan brands. A lot of them don’t even know about the laws in China. So it makes for an interesting conversation and I think because of my job role they trust in my recommendations and of course most people vegan or not don’t like the idea of animal testing.

I tend to love the skin care from Arbonne and my favourite makeup ranges include Kat Von D, Illamasqua, Tarte and Urban Decay - these are the main ones I use, there are others that I have recently been trying out like Smash box and Hour glass.

Fortunately, in my SFX makeup, I use a lot of products from PPI/PS Composites and Mouldlife - which are certified vegan and cruelty-free (apart from the gelatine products yuck but I refuse to use that and luckily that isn’t used too often professionally anymore for prosthetics).

The moral dilemma some people can have are with the parent companies - for example, Urban Decay are owned by L’oreal who aren’t cruelty-free, however, Urban Decay refused to sell their products in China. Although not all of it is 100% vegan, along with Kat Von D (although she is working on changing that) as some of the eye shadow palettes contain Lanolin and Beeswax. But I personally believe that it's best to show demand to the lines that refuse to sell in China and show a demand for CF and Vegan products. It would be a bit like not shopping in Tesco because they sell animal products, we the consumer have the power in our purses to show what we want.


As a cruelty-free makeup artist, what is the biggest challenge you have faced? 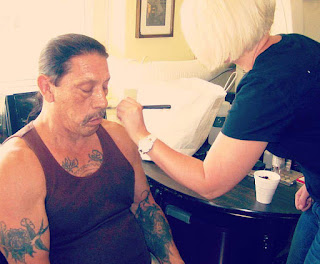 I would probably say working on shoots with different heads of departments - on some projects we get sponsored in product by various makeup brands like MAC which to be honest I'm not a huge fan of for several reasons - they are not cruelty free and to be honest I don’t personally like working with the products. Also it can be difficult sometimes when I get confrontational makeup artists who want to start a debate about it, saying that all makeup at one stage was tested - so it doesn’t matter, but I try to explain the only way we can stop animal testing is to show demand for products that aren’t tested on animals. It is nuts that 95% of products and medical treatments after going through the awful animal testing phase fail at human trials. Showing that animal testing just isn’t worth it - plus those poor animals get abused then euthanised regardless. So trying to explain that to artists who may get nice kick backs from certain brands can be tedious but to be honest for the most part people understand.


What advice would you give to someone who's looking into becoming cruelty-free?

Do your research - I highly recommend checking out Cruelty-free Kitty, it is updated regularly (Unfortunately Nars just started selling in China so they are no longer on the list).
Also to take a look at the PETA website as they have some great cruelty free and vegan recommendations.

Now depending on if you’re vegan or not, there is a difference between cruelty-free and vegan - so cruelty-free equals no testing on animals and vegan just means there are no animal byproducts in the product and trust me you would be shocked at how many unnecessary ingredients are put into products.

Fortunately, now it is so easy for us to go CF on all budgets, from cheaper brands I recommend Superdrug they have their own brands like GOSH which are CF and Vegan there are brands like ELF too which are cost effective. I feel some people seem to think that CF and Vegan means more expensive which in all honesty isn’t the case.


Thank you so much Samantha for doing this interview!

You can find Samantha here:
www.samanthatansey.com


Please leave a comment if you have any suggestions for future blog posts. I am also happy to answer any questions about veganism you may have.
💓 Phoebe xoxo 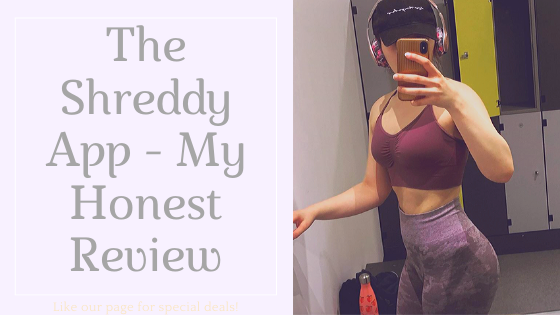 The Shreddy App - My Honest Review 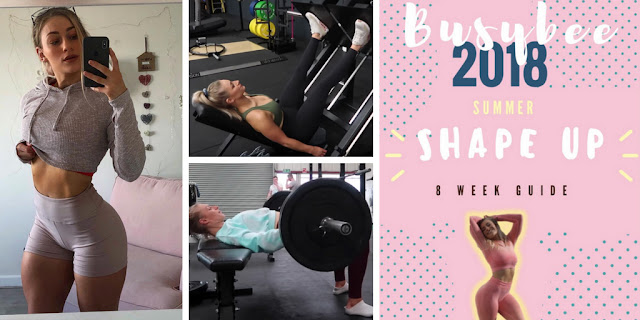 Busybee Summer Shape Up Guide Review - Is it Worth it?

Where to Find Me 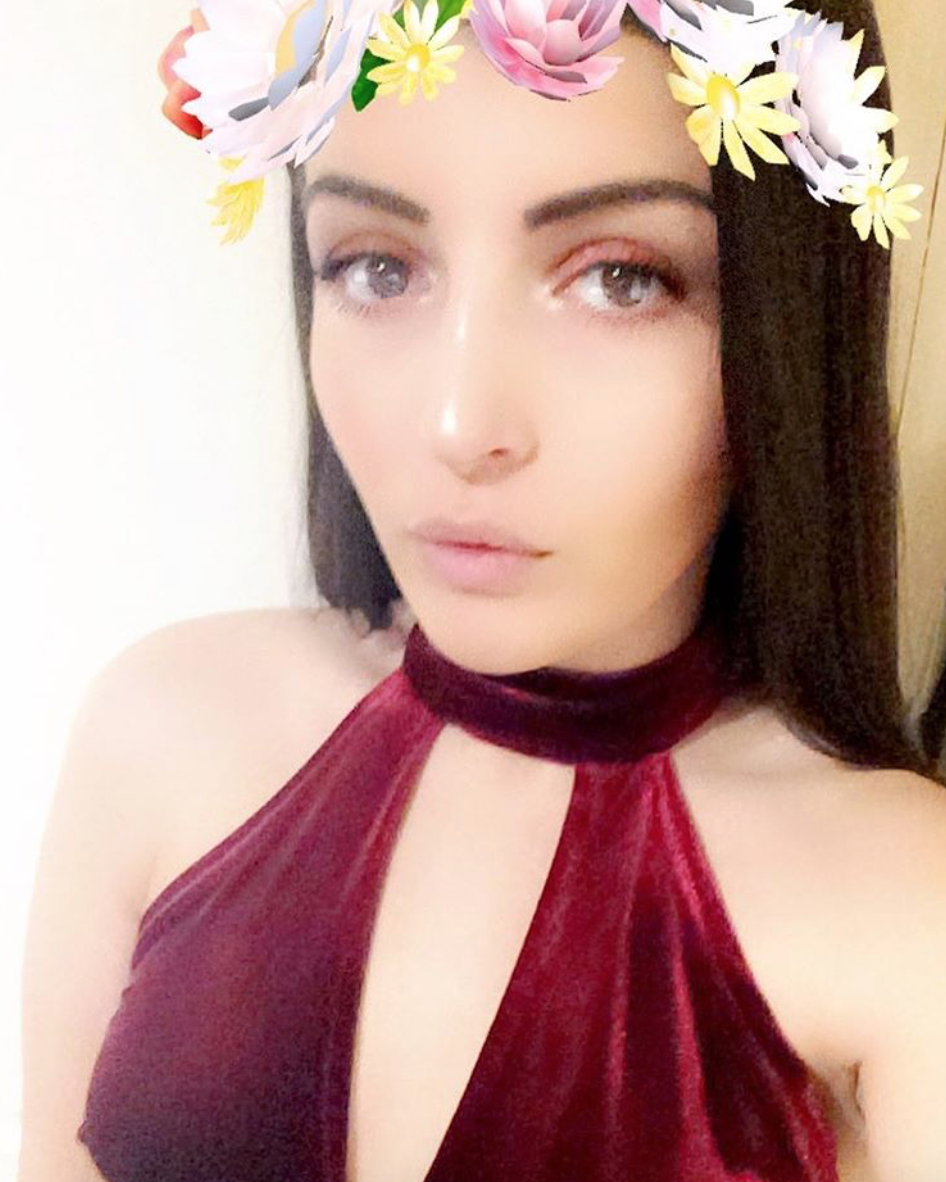